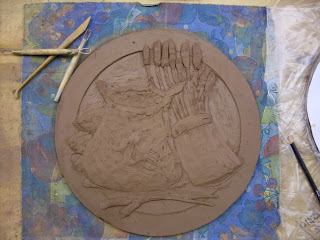 In all there are 12 sections to the Time Line featuring a total of 20 relief roundels depicting the town's history.
Posted by Ailsa Magnus MRBS at 11:25