Today we put the mould back together, laminating each piece in place. 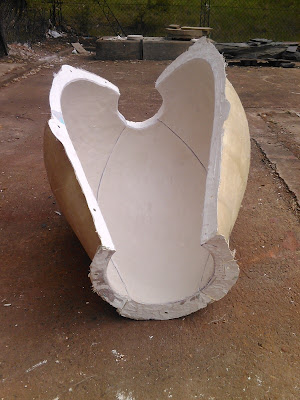 Once together the cast was left to set thoroughly inside the mould.
Meanwhile the base was removed from its mould. 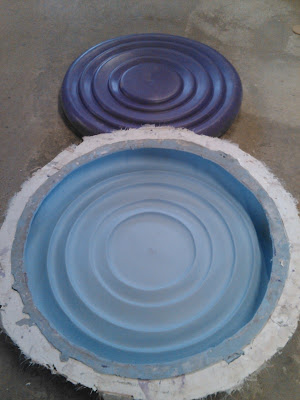 Once set the mould is removed piece by piece to reveal the cast inside. 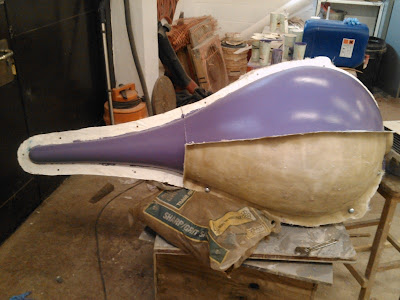 The cast is compete... 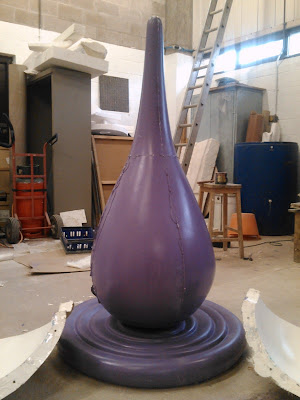 The next few days will be spent sanding and finishing the surface of the cast in preparation for painting.
Posted by Ailsa Magnus MRBS at 13:35 No comments:

Oldham ICC, Work in Progress May 2010 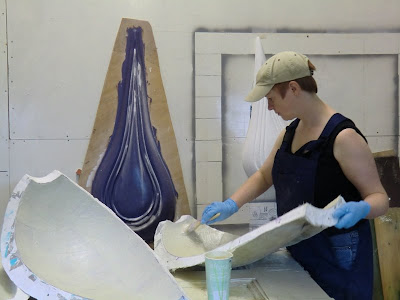 Filling the six sections of the mould. 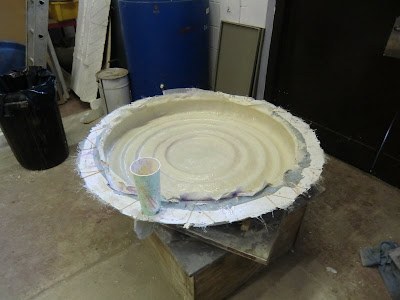 The base ready to be taken out of its mould.
Posted by Ailsa Magnus MRBS at 11:56 No comments: 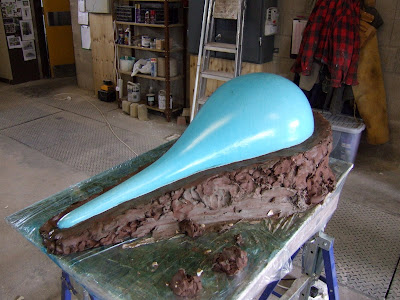 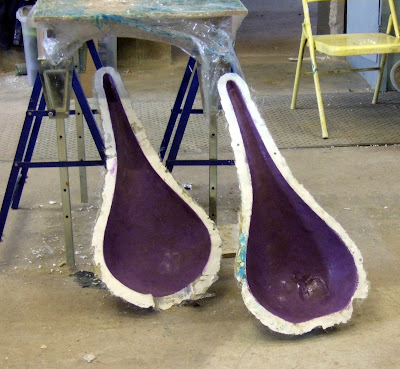 The two part fibre glass mould layered up with the final cast. 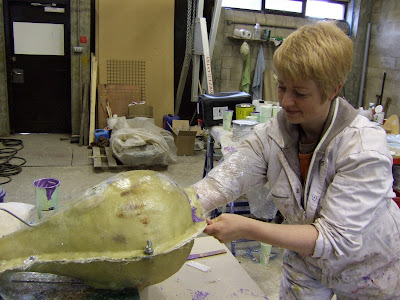 Once the two part mould has put together the join must be sealed and laminated inside. 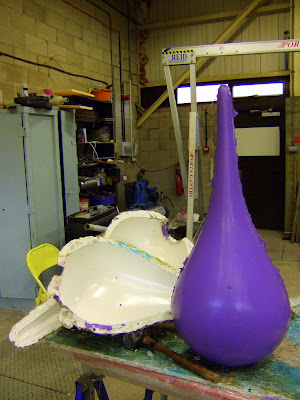 The final cast ready for finishing... it worked!! Now to make the final piece.
Posted by Ailsa Magnus MRBS at 14:56 No comments: