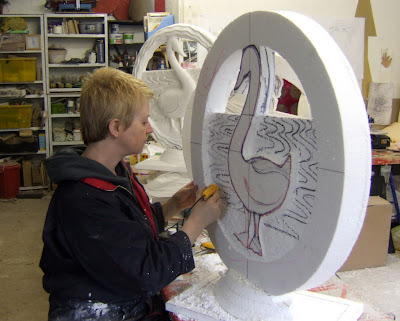 Selby Town Features
The site of the Abbey was confirmed when its founder, Benedict, witnessed three swans alighting on the river and recognised a scene from his vision. The swans became the symbol of Selby, featuring in the Abbey’s coat of arms. I've designed a series of sculptures to be placed at the entrance to the town, depicting swans in all three elements - on land, water and in flight - as a unique celebration of Selby’s divine and earthly heritages.
Posted by Ailsa Magnus MRBS at 08:14